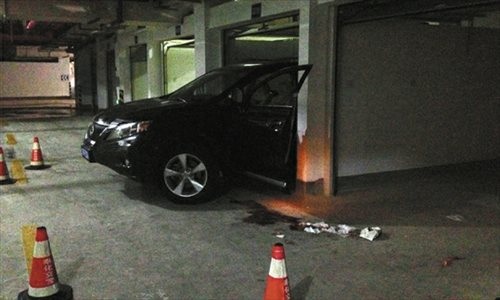 Ziaurokai taip A woman tragically killed her husband and herself while backing up her car in an underground parking garage in Ningbo, Zhejiang Province on June 18 as their 6-year-old daughter watched in horror from inside the car. Qianjiang Evening News reported 41-year-old driver surnamed Lin, who was issued a driver’s license in May, was practicing backing up her Lexus RX270 SUV into a parking space as her husband directed from behind, when she backed up too far and pinned him against the wall. According to the report, Lin stuck her head out the window upon hearing her husband’s scream, and accelerated in an attempt to move forward. She however forgot to change gears from reverse to drive, which not only killed him instantly but caused her head to get stuck between the car and a wall along the parking space. Rescue team arrived soon after but Lin died from her sustained injuries in a nearby hospital, said the report. The couple’s 6-year-old daughter saw the entire tragedy unfold from inside the car. A source surnamed Yang said that Lin had successfully parked in the space once before that day, but her husband asked her to do it again because she needed the practice.